THE MEMORIAL AT SOUTH UNION

It was our very great pleasure to attend the memorial sabbath at South Union last Sabbath. South Union is widely known on account of the vast number who have attended cam-.meeting services there for more than four decades. We have not the information at hand as to just when the original church was established there, but we are told that foremost among those who established South Union church were messrs. Parham Pollard, Humphrey Buck and Archie Moss. These three men with their co-laborers blazed out the way up which our splendid civilization has come. They have been gathered to their fathers and we know place their names on the Grand Roll of Honor. These grand old men not only not only built churches, but they “honored God in their homes, built His altars above His hearth stones, and crowned them with the Bible--- that Book of books, in which all the ways of life are made straight and the mystery of death is made plain.” And, reader, we can do no better than to “honor and emulate the faith and virtues of our fathers and forefathers--- who, learned, were never wise above a knowledge of God and His gospel---who, great, were never exalted above a humble trust in God and His mercy.” We know of no better way in which to walk than in the brave and simple faith of our fathers. We favor culture, we do not have a prejudice against wealth, but if they are going to so dazzle the people that their thoughts are turned away from the God of our fathers, we believe it would be vastly better for us to give up the mightiness of wealth and the splendor of culture and return to the faith of our fathers.

The first camp meeting held at South Union began on Friday night before the third Sunday in August, 1872. Parties who were present have told us that our father prayed the opening prayer at the Christening of the camp ground. The best heritage that a man can leave his children is pious precepts, simple faith and rigid morality.

The services Sunday morning consisted of opening songs, decoration of the graves, prayer by Rev. H. M. Cockrum and an address by the writer. There was present a large and appreciative audience.

Ouite a number of Confederate veterans are buried in the cemetery there. Among them are the following: William Adams, Garner Love, Wesley Moss, Tom Bruce, J. W. Buck, J. B. King, Dr. S. S. Smithwick, Frank Love and Anderson Weems. Just here it is not amiss to mention that Anderson Weems died at Henry Woods’ during the latter part of the war, having come home on account of sickness, he never recovering. When he left his company, Company I, 15th Miss. Regiment, near Columbus, he was Commissary of his company and he turned his scales and knife over to Mr. Ed Ray and told him to keep them until he called for them. But that dread foe, tuberculosis, had set its seal and he never returned, never called for his scales and knife. D. B. McKinnon was first elected Commissary of Company I, but having been captured, Mr. Weems was elected to his place.

There were in the audience several old soldiers, some just waiting on this side of the river. We noticed Mssrs. William Moss, D. B. McKinnon, Dan Franks, Elihu Love, C. C. Crawford, George Hodges and Ed Ray. Soon it can be said of all the soldiers:

“The muffled drum’s has beat
The soldier’s last tattoo.
No more on life’s parage shall meet
The brave and daring few.”

All the old soldiers we mention are enrolled under the banner of Him who is King of Kings, the King over all kings, and in every kingdom is King.

South Union has passed through storm and fire. On the 22nd day of April, 1883, a cyclone demolished the church, arbor, tents and broke down many of the tombstones. In July, 1914, fire burned up the arbor and nearly all the tents. But the people of that church and community were not to be cast down, so they built a new arbor and new tents.

We received many courtesies from the people. Supervisor Adams was in charge of ceremonies, and it goes without saying that everything passed off just right.

The graveyard had been nicely cleaned off on the previous Friday, and on last Sunday loving hands laid on the graves of their dear dead flowers of hope for meeting them far beyond the starlit sky where they will be reunited through the ages long. 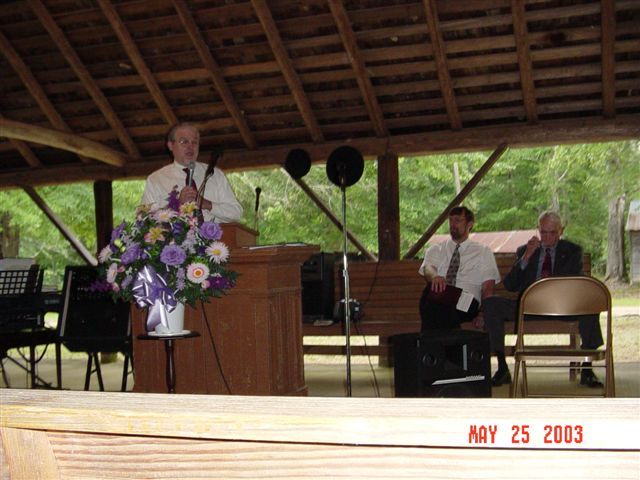 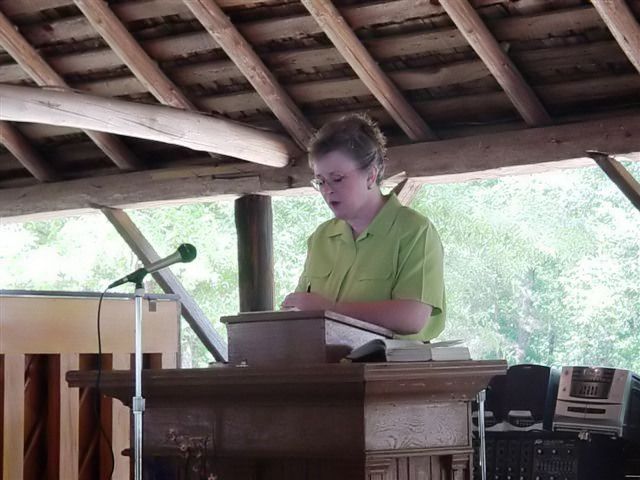 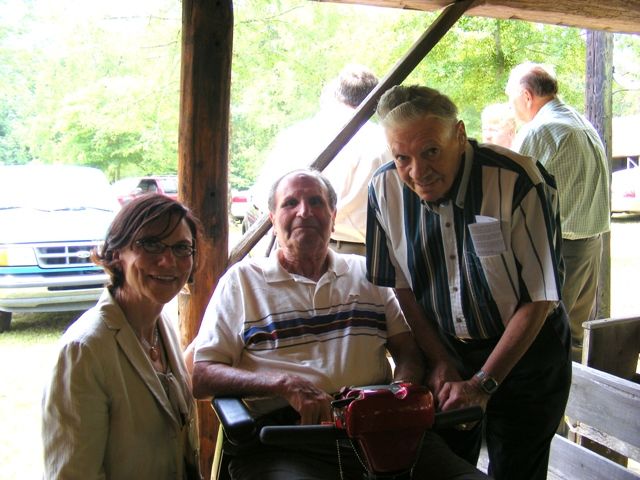 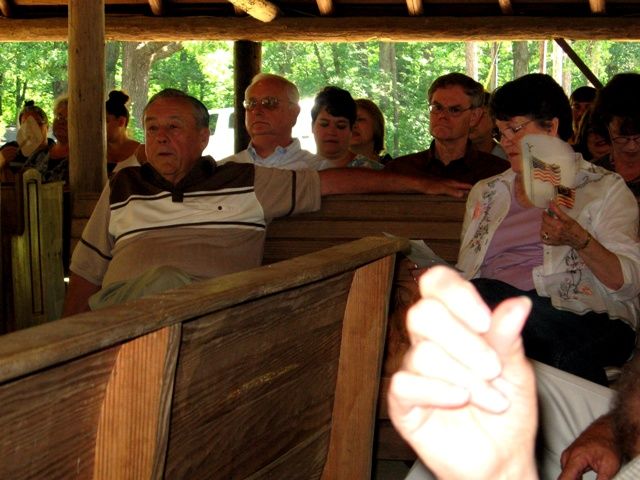